Lindsey and David met in 2015 and immediately knew there was a special connection between them. Their love for one another soon grew into the unconditional kind of love they had prayed about. It became clear to them that they truly were better together, and that it was God’s plan for them to get married!

On September 24, 2016, David took Lindsey to the Linnaeus Gardens at the Tulsa Garden Center where he presented her with a gorgeous pear-shaped ring and a Bible that had her future last name engraved on it. He then asked her to spend forever with him, and she joyfully said yes!

The happy couple spent the next five and a half months planning the wedding of their dreams. On March 4, 2016, they were married at the historic Tulsa Garden Center. Lindsey envisioned something simple, yet magical. Through a muted color scheme, lots of greenery and modern calligraphy, they achieved exactly that!

The two decided to forego a first look and instead spent a moment before the wedding reading heartfelt letters to one another while separated by a wall. The bride and groom saw each other for the first time through joyful tears while Lindsey walked down the aisle to an instrumental version of Bethel Music’s “Ever Be.” Lindsey wore a backless lace gown with a chapel-length veil and carried a beautiful, whimsical bouquet by Anthousai Florals.

After saying their “I dos,” Lindsey and David’s first act as husband and wife was washing each other’s feet as a vow to always remain humble and to serve and love at all times.

The reception was an evening full of treasured friends and family, dancing and, of course, coffee and mini doughnuts!

The newlyweds are now enjoying marital bliss in Owasso. 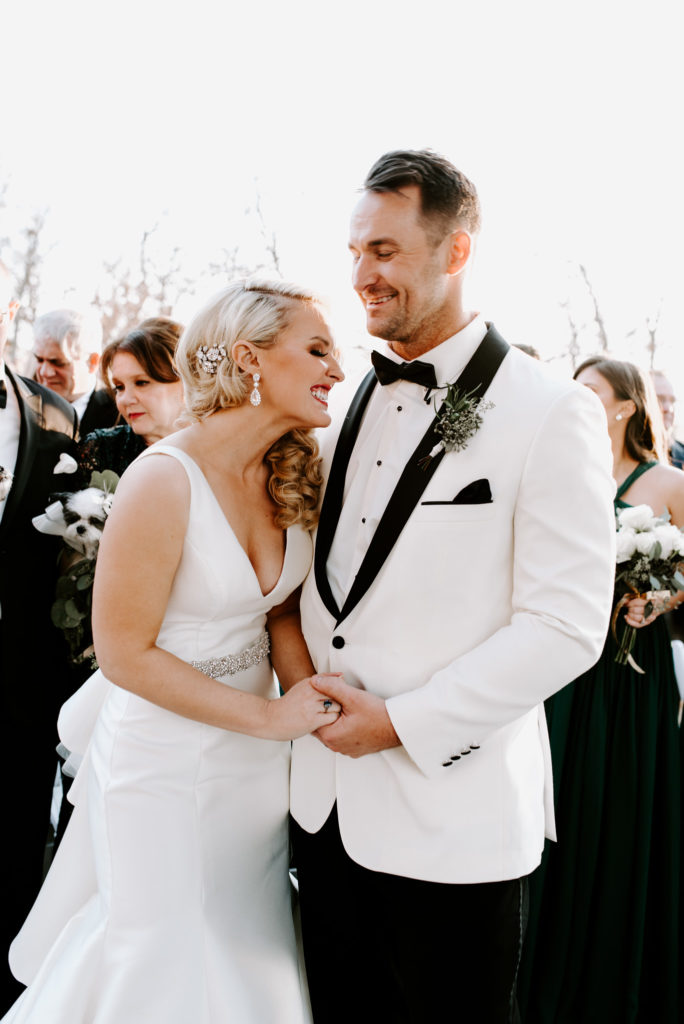